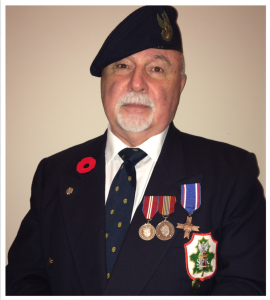 ‘We Stand on Guard for Thee.’ This line from the Canadian National Anthem could also speak to the pledge between two countries, two peoples. For nearly 225 years Canada/Britains and Poland have had the very best of relations.
The Polish community in Brantford and Poles all over the world will be commemorating the liberation of Poland 100 years ago; November 11, 1918. In fact Poles from around the world will also be bowing their heads on the 11th hour on that same day in ‘Remembrance.’

In 1752 Dominik Barcz, was the first Pole recorded arriving in Montreal as a fur trader and ever since then our two cultures started to interweave over the following centuries into a beautiful tapestry of friendship.

In 1795 Poland was occupied and partitioned by Russia, Prussia and Austria. Poland ceased to exist as a sovereign nation. Poles migrated to all parts of the world to escape oppression, including Canada. 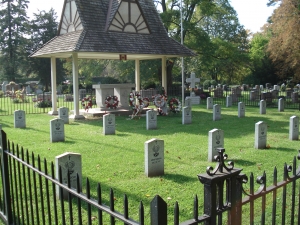 During the War of 1812, in 1814, Poles died standing shoulder to shoulder with British troops, Six Nations allies and local militia at the battle of Fort Erie pushing back the American invaders. Twenty (20) identified Poles lie buried on Canadian soil at Fort Erie.

World War One was declared on August 4, 1914 and Canada immediately answered the call and over 400,000 Canadians of many cultural backgrounds including Canadians of Polish descent volunteered and were sent to Europe immediately.

The United States did not join the war effort until mid-1917 but loyalist Poles in the U.S.A. were anxious to fight. Leaders of the Polish-American community persuaded Britain to train a Polish Army in Canada, which was to be armed, equipped, and paid for by France. From 1917 to 1919, thousands of soldiers of Polish descent from the U.S.A. and more from Canada were trained in Niagara on the Lake at Camp Kościuszko, and sent overseas. Known as Haller’s Blue Army, because of the blue uniforms provided by the French, they filled a critical role on the western front. Twenty eight (28) identified and named Poles are buried on Canadian soil at St. Mark’s cemetery having died of influenza during training.

When hostilities ceased on November 11, 1918 Polish soldiers, including Haller’s Blue Army, from the western frontier moved to the east in order to fend off the invading Russian Red army. The Poles fought until 1920 after which Polish independence seemed secure.

The dream of an independent and free Poland was shattered on September 1, 1939. Germany invaded Poland and a few weeks later Russia did the same from the east. Poland was ripped in two.

Poles were massacred (over 5.8 million died) and many fled to all parts of Europe. Tens of thousands of Poles joined the British army and Polish divisions fought alongside Canadian and British soldiers during the Battle of Britain, Africa, Italy’s Monte Cassino, and D-Day landings.

In May of 1945, WW2 ended but Poland remained occupied by Russian troops until 1993. So you see; Poland’s independence, though officially regained in November 1918 was very much fractured and fragmented. Even in 2018 Poland deals with anxiety with old foes along their borders. Canadian soldiers under NATO are in Poland today.

…. For ‘Your freedom and Ours’ 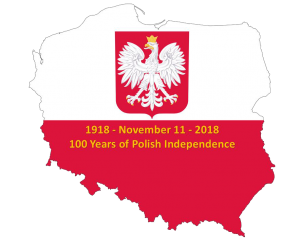 Polish WW2 veterans, and all other survivors, as well as their children and the next generations of Canadians of Polish descent did, do, and will cherish and hold steadfast to these words, strongly pledging that we are always there for Canada as Canada had and will be there for us. I am a Polish WW2 baby refugee born in 1947 and arriving in Canada in 1950. I, and my parents were among thousands of Poles accepted and embraced by this wonderful and exceptional country. We have not and will not forget.

On November 3, the Polish Combatants Assoc. of Brantford under the leadership of President Adam Sikora and the entire Polish community host a gala (Polish Hall on Pearl St.) in commemoration of 100 years of independence. Please call 519-757-0910 for tickets. VIP guests include WW2 veterans and survivors, Polish Ambassadors to Canada, Phil McColeman, Dave Levac, Walter Gretzky, and members of legions and SPK from all around.