The Musician’s Journey with Chris Strei

Before I begin, I would like to state that I realize not everyone follows the same path.
That being said the more musicians I speak with, I can’t help but continue to notice a distinct pattern in how they came to be where they are today. It’s almost as though the making of a musician may follow some sort of loose template reminiscent of Joseph Campbell’s The Hero’s Journey. It was while talking with Brantford musician Chris Strei that it became apparent to me. Here is my idea of The Musician’s Journey and Strei’s experience within it. 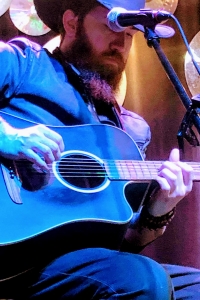 Early Childhood Influence
Every journey has a starting point. For Strei, it was his grandmother’s record collection and love for country and western music.

“I’ve always been attracted to music. I think it’s from growing up so close to my Grandma, she was always playing her classic country records. I was always fascinated by the records and told to be very careful with them. I always was… but I would always be inspecting them…”

“I remember Conway Twitty a lot. I remember my Grandma had a double volume cassette of Conway Twitty’s Greatest Hits. One was red and one was blue and they just had a picture of him on them.”

I think so many musicians and music fans alike can relate to this early age imagery as their introduction to the fascination that music can hold.

Adolescent Influence
From there a budding musician needs the chance to spread their roots and stir up some dirt. This nearly always seems to happen in their teen years, lead by the older ‘cool kid’ at school. 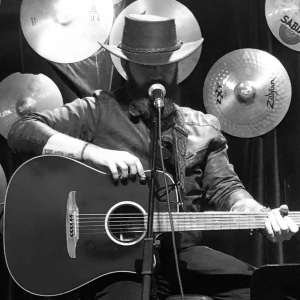 After watching a talent show on television Strei discovered he had an overwhelming desire to sing. From there he would sing and record himself any way he could whether it was attending karaoke or singing into a Yack-Bak and a Talk Boy. Naturally, from there, he ventured into playing guitar.

“I remember when I was 16 I got my first guitar and amplifier. I started learning to play from a friend in high school, Arron Silverthorn. I would say he was like the resident rockstar kinda thing. So I started taking lessons to learn the basics from him from about 16 to 18.”

“I think when I was about 17 I started wanting to write my own songs. So I started writing these terrible songs (laughs) to start out and then over the years I’ve just apparently gotten better.”

Tragedy
Unfortunately, most journeys cannot be entirely smooth waters and full sails. That became all too true after Strei experienced pain and desire which seemed to be a deep well of inspiration.

“I think it was 2009 after a car accident that I was in… it sounds kinda bad… but I think I have to thank the Percocet they had me on. I was crashing from them in the middle of the night and going through terrible withdrawals and I wrote a song about it. Ever since then it’s been a confidence boost somehow. Now I think I’ve finally started writing songs that I’m confident enough to pitch to radio.” 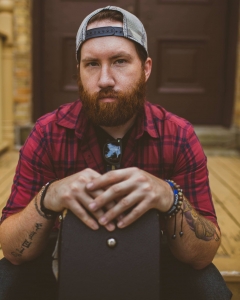 Travel, Soul Searching and Coming Round Full Circle
Every genre has an epicentre if you will. Grunge fans flock to Seattle and Techno to Ibiza, as music fans we all have that city that calls to us. For Strei, it was Nashville that held an unexpected surprise.

“It’s been probably 17 years working on it all, but I think it’s finally come together. Just trial and error over the years, playing with bands that I wasn’t completely suited for and venues I wasn’t suited for and then in 2017 I went to Nashville for a week and a half.”

“The idea was to go down and record but I wasn’t able to save up the money. So we went down and just ventured around and took it all in and then when I came back I was Country. Through most of my 20’s, I couldn’t figure it out… there was a little bit of rock, a little bit of country, and even a little bit of pop.”

“I realized if I’m gonna dedicate myself to a genre it’s gotta be Country music because I just feel more comfortable with it.”

Understandably so. Considering Strei’s early introduction to music. It seems natural that a musician would settle into the beginnings of their journey in some form or another.

Focus and Productivity
The journey most musicians travel through is no easy road but by standing firm and venturing through the steps needed, Strei has landed in what seems to be the right place. After sorting out his path he is now settled into a genre that fits his writing style and suits his vocals to a T. From here it’s nothing but determination and hard work that is clearly paying off.

Strei has an album well underway, is booking numerous gigs, and will be featured at Canadian Music Week this month in Toronto.

To check out Strei’s honest lyrics and full sound go to www.chrisstrei.com