The Lieutenant Governor of Ontario Visits the County of Brant 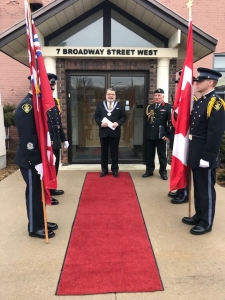 On Friday, April 5, 2019, the Lieutenant Governor of Ontario, the Honourable Elizabeth Dowdeswell, visited the County of Brant.

“Hosting the Honourable Elizabeth Dowdeswell was such a pleasure,” said Mayor David Bailey. “We are grateful she chose the County of Brant to visit.” 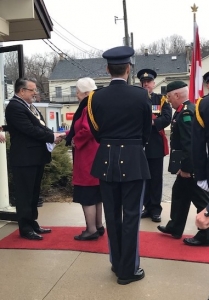 While in Brant, Ms. Dowdeswell met with Mayor David Bailey and participated in a roundtable discussion regarding volunteerism. A small reception followed the event.

“Volunteerism is an important topic in our community,” said Mayor David Bailey.

Mayor David Bailey invited the Grand River Grannies to join the roundtable discussion and share how their volunteer efforts have helped grandmothers in Africa. 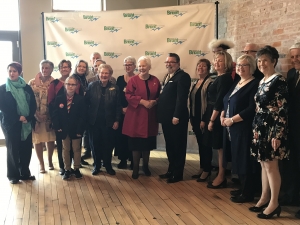 “We were grateful for the Grand River Grannies and their efforts to help others, no matter where in the world they live,” said Mayor David Bailey. “Volunteers are an integral part of our society and the backbone of our community.”

The theme of volunteerism was a perfect fit for Ms. Dowdeswell’s visit. Ms. Dowdeswell informally refers to herself as Ontario’s “Storyteller-in-Chief”. It’s noted that she shares ideas of social cohesion and Ontario in the world and voices the importance of generosity, community building, diversity, ingenuity and engaging in meaningful dialogue.

Ms. Dowdeswell has challenged Ontarians to think deeply about their role not only as residents of a province within Canada, but also as global citizens.