A local wine, beer and cider tour business, a full-service arborist and a basketball and holistic skills trainer, all have two things in common. Their businesses all got a kick-start from the Brantford-Brant Business Resource Enterprise Centre (BRC) and all three are enjoying success, after a relatively short amount of time. 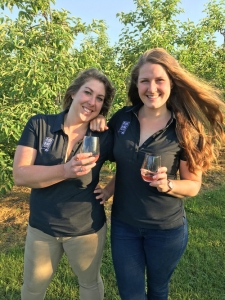 Ride the Bine is the brain child of Susan Judd and Amanda Dooney. Both from Norfolk County, the pair met at a young entrepreneur’s event and decided it would be a great idea to start wine tours of Norfolk’s up and coming wine scene and more recently, its emerging beer scene.

They heard about the BRC’s Starter Company through a couple of friends and thought it would be a good way to kick-start the idea.

The program, helps guide start up clients through a business plan, the financial aspects, including bookkeeping and accounting, while offering lots of other advice. They were also eligible for a Starter Company grant.

The company’s name Ride the Bine, is derived from what the hops used in beer making grow on. “Hops grow on a bine, grapes grow on a vine,” explained Judd.

The pair operates with a couple of roomy Mercedes Sprinter vans and they plan to add a third van this summer for the more brewery focused tours in the London area.

“Brantford, Norfolk, Haldimand and the area toward London have an interest in experiencing and doing local, so I think we’ve hit the wave at the right time,” she said. 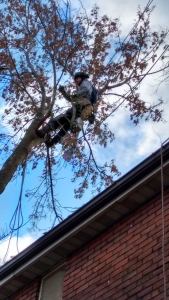 When BScene contacted Kyle McLoughlin, he was literally up a tree. 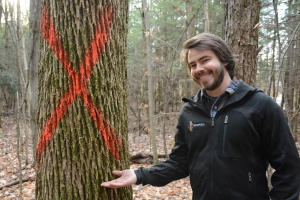 Mcloughlin had done an undergraduate degree in history but he loved camping, had been a climbing instructor and a wilderness guide and a job opportunity came up, so he worked for a company for five years as an arborist.

The job took him to the U.S. and the rain forests of Australia where he worked a journeyman under three different arborists.

Then he decided to come home and start his own business and although he knew his trade well, he didn’t know how to run a business and that’s where BRC and Starter Company helped make it a reality. 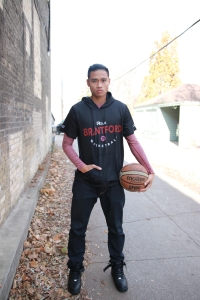 J R Gallaraza was born in the Philippines, but raised in Brantford. He went back to the land of his birth to attend the University of the Philippines on a full basketball scholarship.

He eventually played semi-pro and was about to turn pro, but life had other ideas. As a single dad, he needed to put basketball aside for a while and returned to Brantford to care for his young son.

He called the business ROLE, because he thought of himself as a “role player” while growing up, not always the best student or athlete, but working hard to play his part. 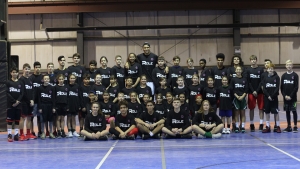 Today, after getting support, training and a Starter Company grant from BRC he operates in the Access Storage Sports Centre on Gretzky Parkway and also at the Wayne Gretzky Sports Centre.

He offers day basketball clinics on P.A. days and holiday camps and is now gearing up for the summer program.
Mae Legg, BRC’s senior small business consultant says the Starter Company Plus program, helps anyone over 18 who is starting or expanding a small business, or buying a business with less than 10 employees.

The program includes orientation and clients attend five business workshops, before presenting in front of a grant committee of local business people.

“I know a lot of people think they can start a business and it’s all in their head, but if you put it all on paper, put in the work before hand and streamline it down, you’ll see it head in the right direction and grow,” said Legg.

For more information on BRC’s Starter Company contact the BRC at 519-756-4269 or brc@brantford.ca