Sanderson Centre manager Glenn Brown, says when it opened back in 1919 as the Temple Theatre, the local house orchestra would perform for touring vaudevillians. 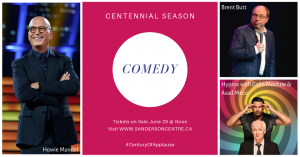 The artists made the rounds on a circuit between Chicago and Montreal, spending three days in each community. Orchestra members collected promotional photos and autographs from every act that performed on the Temple stage and then glued them to every surface, in their room underneath the stage. “Photos were on the fire doors, on the walls, all over the cabinets that held the sheet music, everywhere you could imagine, had these photos,” said Brown.

When restoration work began on the theatre back in 1986, a large number of the photos were salvaged, framed and eventually placed in the lobby, where they remain today. Brown says, except for anecdotal accounts many of the performers remain a mystery, but learning who they are is one on his “bucket list.”

Rebranded in 1931, it would go on as a movie theatre for close to 60 years, before its transformation back into a live performance venue in 1986. Brown says two things made that happen; “Starting into the seventies and eighties the movie business changed quite a bit, with the business model relying on multiple screens,” he said. 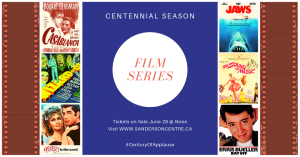 The Capital as a single large venue with one screen wasn’t practical anymore, so Famous Players moved into a multiplex in the new downtown Eaton’s Mall. Then, the City of Brantford came forward to buy the theatre for $425,000 saving it from possible demolition. A generous donation from the Sanderson family helped restore the facility to its original glory.

The Sanderson is lauded for its acoustics by just about every musical performer that treads is stage. Brown says the great sound was created as part of the design “through the knowledge and the experience of the theatre architect Thomas W. Lamb.” The man behind the Mirvish, Elgin and Wintergarden theatres.

The domed ceiling and all of the reflective surfaces are instrumental in the quality sound. In fact, Brown says the mural in the dome is part of the acoustic sounding board, similar to that of a piano helping reflect the sound into the back of the theatre. That famous mural of three women was “painted by someone on their back painting by hand,” says Brown. 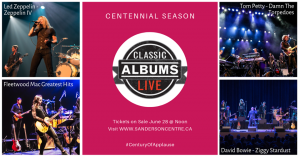 Including Brown, there are still five people who work at the theatre, who were there on the night Anne Murray helped relaunch it as the Sanderson Centre with a special gala. Marketing Manager Liz Oden, stage hand Todd Pipe, production manager Rob Dallaway and custodian Kathi Rokonzie are long time employees who help preserve and protect the facility. “To hand it down to the next generation is something we all take quite seriously” says Brown.

Meantime, among one of the legendary performers that stands out for Brown is the late Red Buttons. “I did an introduction for him for the one show he did here. He wrote it out by hand for me to read from back stage and I’ve got it framed in my office,” he said. “He had such a wealth of experience from that vaudeville era and it was such a treat to get a chance to speak with him and get to know him a little bit.” 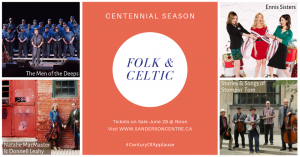 Brown says one of the most intimidating experiences he ever had to endure, was a tribute comedy festival in honour of the late Brantford born Phil Hartman. The first year of the festival featured a number of “Saturday Night Live” performers including Dan Akroyd and producer Lorne Michaels.

Brown says it was actually terrifying stage managing the show, because Michaels insisted on watching from the wings. “He was about four feet away from me, looking across at me from the wings through the entire show and I was very nervous about making a mistake in front of him.” 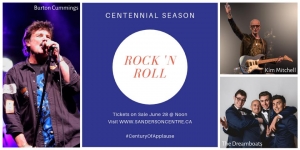 Also, Brown recounts a couple of paranormal experiences including, the sounds of dancers coming from an opposite wing during a recital, when there was no one there. There was also a terrifying experience for a lighting technician, when a large heavy table fell over in an adjacent room during a performance, for no apparent reason. The shaken technician managed to get through the show without missing a cue.

Another highlight is a special performance by “The Tenors” on December 22nd. Howie Mandel, Burton Cummings and Kim Mitchell are also on the playbill.

A centennial retrospective book is also in the works by the theatre foundation.

The Sanderson is available for commercial rentals and is busy 210 days of the year. They’ve even had romantic dinners for two on stage, and a ground breaking, where the construction company actually brought the dirt in,” says Brown.

For more information on this exceptional anniversary season, visit sandersoncentre.ca.