Paris Fair Recognized as One of the Top 100 Events in Ontario – Again! 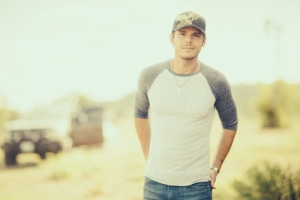 It’s the type of affordable family fun that keeps the crowds coming back year after year and the numbers say it all. Last year some 50-thousand people took in the Fair, with at least 30 percent travelling from beyond 40 kilometers away.

And Fair manager Cheryl Muir says they are “very proud” of again being designated one of the top 100 festivals by Festivals and Events Ontario. They received the designation years back and again for both 2018 and 2019. It’s no wonder, with a headliner like country singer Granger Smith, horse shows, crafts, exhibits and of course the midway. 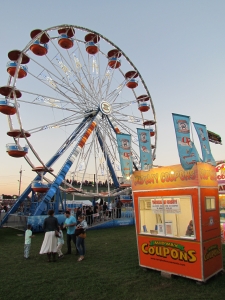 After an absence of several years, the Monster trucks made a return last year. “It was an overwhelming success on the Thursday night so we’re bringing them back again and we’re pretty excited about that,” said Muir. A pit party takes place at 6 p.m. in advance of the show, where fans can pose for photos with the drivers and the gigantic wheeled trucks.

Meantime, not all the fairs have demolition derby’s anymore but Muir says “we’re well known for it” so it’s offered three times over the Fair weekend. 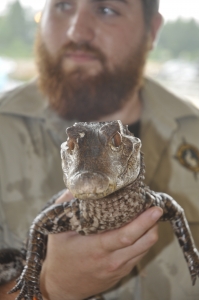 For the last 10 years, Little Ray’s Reptile Zoo has been part of the fun and this time, they’re back with a “venom” display. Little Rays does four shows daily “just to educate the crowd and give them a closer look at the different reptiles,” says Muir.

On the Monday, they’ll have the classic six horse hitch and heavy horse shows, both crowd favourites. Horses are a big part of the Paris Fair including a cutting horse show, an English horse and pony show and barrel racing, “which is always exciting to watch,” says Muir. Although many of the horse owners are from Brant County, barrel racers and cutting horse competitors come from as far away as Pennsylvania and New York State year after year.

Something new for crafters is the “Masters of their Craft” exhibit at the curling club, featuring daily active demonstrations. Home Depot will be there to guide children’s building projects and a Timbit eating contest adds to the fun in the Exhibition Hall on Labour Day Monday. 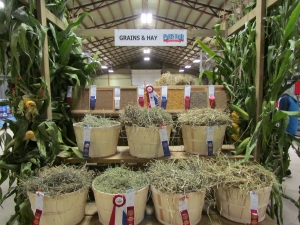 Once you come through the gate and pay your fee, everything is included with the exception of the midway and food, but all of the exhibits and grandstand shows are included. In fact, there are a total of “100 free things” that come with the price of admission. At $15 for adults, $8 for kids 11 to 15, $5 for juniors age six to ten and free admission for youngsters under five, it’s a hard deal to beat. 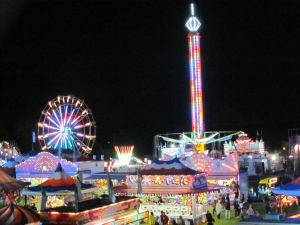 Sunday is Family Day when a family pass for two adults and two children goes for $35. That also happens to be the day of the big grandstand show featuring Granger Smith.

Parking is free and two covered wagons in the parking lot dubbed “people movers” will be bringing folks from the lot to the admission booth. Tickets are available online in advance through Ticketscene.ca/parisfair and until August 14th, one day adult passes are $2 off.

Muir credits a team of six employees and 500 volunteers to keep things running like clockwork. Volunteers do everything from clean washrooms to setting up fencing, look after safety and feed the folks working the fair. “We couldn’t do it without them,” she said.

For more info, check out, www.parisfairgrounds.com.