The paths traveled by David Bailey and Kevin Davis have crossed before. The pair has worked together on various boards and committees. It’s a congenial relationship that bodes well for the future of both municipalities, which were often at odds over the years.

Brant County Mayor David Bailey says he is “very, very confident” the contentious past between the County and the City is over. The pair has already met and Bailey says, he also looks forward to re-opening tri-council meetings with Six Nations Chief Ava Hill. With Six Nations Council facing its own election in 2019, he’s hopeful Hill will run again. 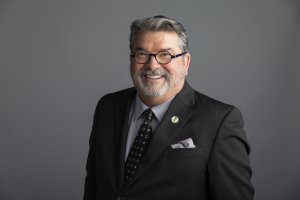 But Bailey’s first priority is to tackle traffic and infrastructure in Paris. “We have all kinds of buildings and houses on the way that are almost complete and we’re going to have people in them very soon, those people are going to have cars and there really are some very tight areas in Paris as far as traffic goes,” he said.

Bailey says development plans in St. George also need to be addressed, “because we don’t want the same mistakes that happened in Paris, to happen in St. George.”

As a municipality chosen by the province as one of “the places to grow,” development in the north end of Paris, toward Woodstock and at the top of Mile Hill, are all seeing new housing construction. The recently sold Paris golf course is also slated for development.

Bailey says he feels Brant has grown too quickly and will reach the population target of 50,000 from its current 36,000, about 12 years ahead of time.

Bailey who is personally in favour of welcoming legal, brick and mortar cannabis outlets to Brant, says it will ultimately be up to council and the community whether they welcome them to the county.

Brantford Mayor Kevin Davis says the “overarching” priority for the City is preparing it for the growth that will come over the next 5 to six years, after annexing the County boundary lands last year. “I see that as being the key to our future prosperity, bringing those lands on as soon as possible,” he said.

He says the most important part of the project apart from improving roads in the area, will be the Empey Street pumping station, currently being reworked to handle sewage coming from south of Powerline Road. Next will be a major upgrade to handle the development north of Powerline Road. Davis says although that’s the major component of bringing those lands on stream, the official plan has to be reviewed, a transportation study is needed and a master infrastructure plan, almost all at the same time. That’s why he’ll be pushing for a task force to oversee it all. 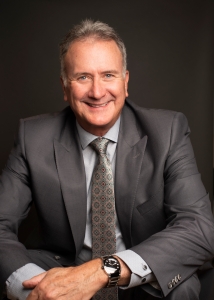 On the subject of cannabis outlets for the City, Davis is more cautious than Bailey. “It only works if you have a legal market where those who want it can legally access it and the online service I don’t think does it,” he said.

He questions how much control there would be over location and the number of outlets and says he and a number of council members are concerned. “We could end up with 10 retail cannabis outlets in the downtown and I don’t think that would be a good thing,” he said. Davis also sites numerous changes “almost every week” in the way the province is rolling the program out and he’s hoping they will take a second look at regulations, as some communities opt out.

Davis says another priority is to take pressure off city staff, by pushing for a priority setting session following the budget process.

He has also reached out to Six Nations Chief Ava Hill, in hopes of setting up a meeting in January. “I want to talk to her about what we can do together, to improve the relationship between Six Nations and the City of Brantford and I’m hoping we can focus on projects that will benefit both communities.” he said.

He points to the Mohawk Lake remedial project as an example of common ground. The land that surrounds the canal and the lake is part of the reserve, even though it’s the City.

As for the prior relationship with David Bailey, Davis says it means they know and can trust one another. “But it’s not just personality, because I think with the annexation done and behind us, we can now move forward and as with Six Nations, we can look at what we can do together to improve services for residents,” he said.