So often you hear the words music scene when someone is referencing the subculture that surrounds musicians and their followers. What some people may not realize is that the music scene is really more of a community rather than the fleeting notion of a scene. That sense of community is what keeps local music thriving. The support from your peers is essential whether it be gig sharing, the passing of knowledge, partnership or even just lending a piece of equipment on the fly to a fellow musician who is in need. Music Teacher and Guitarist Joseph O’Connor knows and values how much that sense of community can have to a musician’s career.

O’Connor has been well submerged in the music community for many years. Having started playing guitar at ten-years-old he later chose to continue to pursue music on an academic level by attending Cambrian College, Laurier, and McMaster University and later moving on to teaching. Which proved to be an excellent choice. O’Connor has built himself an impressive resume having opened up for The Arkells, The Sheepdogs, and The Tragically Hip. As though this weren’t exciting enough, he has also collaborated with Jully Black. 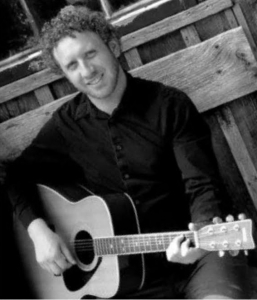 Education and resume aside if it weren’t for the strong sense of community amongst the music scene he may have not found his way to where he is now. Years ago, he had met Ryan Jarvis through playing in local bands, this relationship has proven fruitful in many ways including bringing about new business opportunities. After the closing of the local establishment that they were both instructing at, Jarvis and O’Connor decided it was time to open their own music academy, Academy of Music and Performance.

“I wanted to keep teaching, you know it’s my passion. When you’re teaching people and you see them growing there’s such a feeling of accomplishment,” O’Connor stated. Academy of Music and Performance has been growing rapidly and after our conversation, I could clearly understand why. O’Connor has strived to bring forward that sense of community he continually stressed is so important within the scene. Not only do they provide an array of instrumental instruction but they also focus on the performance aspect that comes with being a musician.

“That was one thing we wanted to really give our students. Performance is really important to us,” explained O’Connor. “As a young performer, you don’t know how to do a sound check, work a board or even mic control. So all the mistakes you make as an amateur we try and condense those years of learning. Also, getting students paired up together. One of my violin students and one of my guitar students come every week and just jam in the back room. And we are doing that with other students, trying to get them together so they are playing in bands and performing together.” 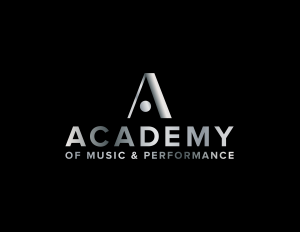 After speaking with O’Connor it was a joy to hear just how thoroughly he enjoyed and valued the opportunity to continue teaching students. The level of dedication and optimism was continually shown by his excitement throughout the interview. It was so refreshing to see a music teacher really bringing in all aspects of what it means to be a musician to the classroom.

O’Connor said, “We think it’s important to get that communal thing happening here. Especially where Jarvis and I are coming from.” Academy of Music and Performance clearly rises above your average music instruction in so many ways, including being willing to record and even perform with their students outside of the studio. O’Connor knows that in music there is a time for seriousness, and a time for play stating, “We don’t want to be strictly school. With our students, our goal is to get them out more once they are ready. They will benefit because by doing that, they will create their own community…their own scene. We want that kinda Rock N Roll thing too.”

The fact that the importance of this is demonstrated on so many levels gave me hope for the budding musicians in Brantford and the surrounding area. How exciting it will be to see what the next wave of musicians has in store for us. With musicians like Joseph O’Connor leading their way, I have no doubt the future of the Brantford music community will be strong.