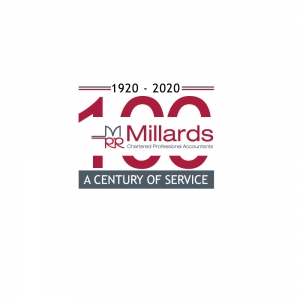 Millards Chartered Professional Accountants have been crunching numbers for clients, many of them charities and non-profits, for a full century. This year, the Brantford based firm officially marks 100 years in business. 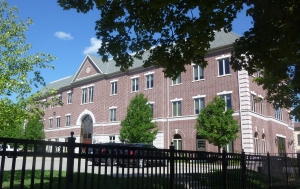 Partner Darin Cleary says the firm has always been ‘very’ client driven. “That’s something we really try to emphasize to our staff, that you do need to be available when clients need you. We want to make sure the first person our clients think to call is us,” he said.

Millards doesn’t specialize in any one specific area, because the client base is so diverse. “We have multi-national manufacturing clients down to new start-ups,” he says.

The company also maintains a strong philanthropic philosophy, that’s been handed down throughout the years, and Cleary says helping charities and non-profit organizations is a mandate that staff gladly embrace. 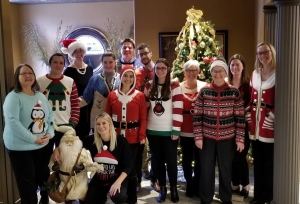 “It’s very common to see a charity event or a fundraising event happening in our hallways that wasn’t necessarily generated by partners. Many times the staff have found a cause they like and they go with it. They know we really support them doing that,” he said. Cleary says he’s “always amazed” at just how much time staff are willing to give up to work on worthy causes.

He wasn’t surprised to see five dogs walking through the building prior to the Covid-19 pandemic, for a Brant County SPCA fundraising event. “We’d raised some funds and they were trying to get the dogs in front of a few people and hopefully get them adopted,” he said.

Millards has been deemed an essential service during the pandemic and has continued to operate, with half of the staff taking the option of working from home. 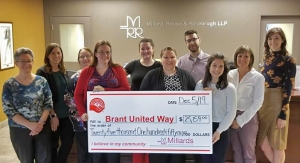 Meantime, careful precautions including social distancing, have been taken in the Nelson Street office. “It couldn’t have come at a more difficult time for us, because we’re in the middle of tax season, which is the largest transfer of information on paper that we go through in the course of a year,” said Cleary.

With Canada Post overwhelmed, Millards hired students to deliver information and tax forms to client’s homes so they could then in turn, put them in a drop box at the Nelson Street location.

The newer Nelson Street facility was built at a time when Brantford’s downtown was going through a long overdue renewal period. Cleary says although there were opportunities to rebuild outside of the downtown, they decided to stay and contribute to the revitalization.

Meantime, rather than mark a century in business with a large public celebration, Millards decided to mark the occasion with a large donation to a non-profit organization that needed help. 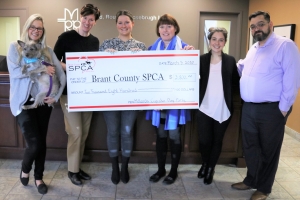 Despite a generous community, Why Not City Missions and Youth Centre on Colborne Street have struggled to achieve a steady flow of funding. So Millards came up with a plan to provide them with $250,000, or $4,167 a month for 5 years.

Why Not’s main focus is to provide help to homeless and troubled youth in the downtown. “Our reason was, not only is Why Not a fantastic organization that’s doing great things, but we’ve always been downtown and they are helping in the downtown and for our one-hundredth anniversary we wanted to do something not only good for the city, but for the downtown,” said Cleary.

Some of the hundreds of organizations that have received help from Millard’s include the Lansdowne Children’s Centre, The Community Resource Service, The Brant Community Healthcare System and the Brantford International Jazz Festival.

“We really feel that this community has supported us and made us successful and it’s very important to give back to the community,” he said.

To learn more about Millard’s Chartered Professional Accountants and the services they offer, visit https://millards.com.