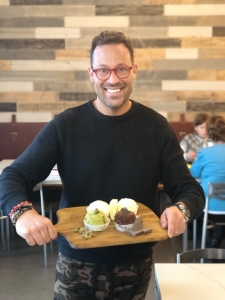 Fast and casual, but not fast food

Mercante grew up in Brantford, cooking with his mother at Maria’s Pizza, where both worked and then their family restaurant. Along with university degrees in French, Italian and teaching, he’s also a Red Seal chef. 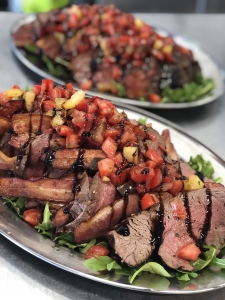 After combining a 22-year culinary teaching career with a catering business in 2015, he decided to kick his already busy life up a notch and Mercasa Little Italy Eatery and Catering was born. The doors opened a year ago at 195 Henry Street in Brantford.

Fast, casual dining is a concept that’s big in Italy, but not so much in North America. Quality, carefully prepared food is ready for takeout, or to enjoy at one of several marble tables throughout the eatery.

As executive chef at Mercasa, Mercante has a hand in everything. He says organization is key to his successful, busy lifestyle and there’s not a lot of yelling in his kitchen. “It’s all about being calm and organized,” he says. 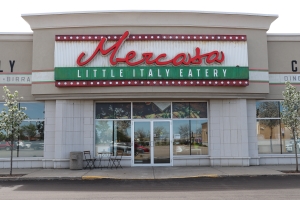 That busy lifestyle also helps him appreciate how busy others are and the fast, casual concept offers a healthy alternative to taking the family through the fast food drive-through.

Everything is made in house from scratch, including the sauces, breads and the pizza. “The pizza is kind of the star,” says Mercante. The authentic Roman style pizza dough containing no preservatives and hardly any yeast, takes 72 hours to prepare.

Produce, meats and dairy are purchased locally, while prosciutto and cheeses, including high quality olive oils, are imported from Italy.

Lunches and dinners are available for people who want “a real meal,” he says. When people come into Mercasa “they can see what they’re ordering, mix and match and it’s quick,” he stresses. Order-ahead family meals including salad, range in price from $28.00 to $40.00.

There are also pre-frozen lasagnas and other entree’s available for people with little time to cook, to take home and pop in the oven. 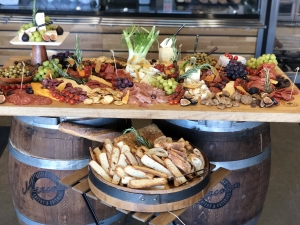 Catering
Mercasa’s catering capabilities can include huge and small gatherings. They cater weddings, family celebrations and just about anything for as many as a thousand people or far less. Food for catered affairs are cooked “the day of.”

Meantime, the restaurant can be booked on Sundays for private parties. It’s currently booked through July for birthday parties, first communions and other events for anywhere from 20 to 60 guests. “It’s a nice alternative for people other than their home, or having to find a hall, or to pay ‘crazy amounts of money’ to book a restaurant,” he said. 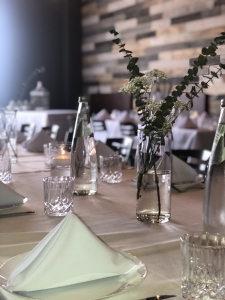 Patrons are also urged to photograph their meals and post them on Facebook and Instagram, to be eligible to win a $100.00 gift certificate every month. Mercassa also offers prizes for things like the Toronto FC experience, Toronto Raptors tickets and other fun experiences.

Mercante says surviving a year in the challenging restaurant business was worth celebrating and a customer appreciation celebration was held in May, to thank customers. Along with the free pizza, there were prizes, including a Niagara Falls helicopter ride.

“I know this business and I know how difficult it is, so the fact that I was able to survive a year with a different concept here in town, I’m pretty proud,” he said.

Check out the website for Mercasa Little Italy Eatery and Catering at www.mercasa.ca.