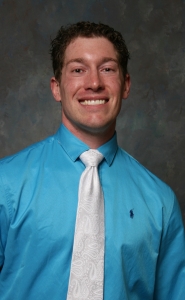 Since my four-part series was unveiled in the Brant News on Acquired Brain Injury (and most recently in BScene), life has actually been a little different…

Things are mostly the same, yes, but I really believe I’m seen in a different light. Perhaps it’s feeling a bit vindicated since my side of the story has been told, when usually it is not. I feel more humanized and more respected, that I’m more of a leader rather than a lesser (whereas since my accident, I’ve definitely experienced the latter…).

Not to preach, but I feel that knowledge breeds power, power comes from understanding and awareness, and knowledge makes you a better person. Through my articles, people have been given the avenue to understand. And the massive response to my articles has shown me that people will try and understand if they’re provided the info.

I would personally like to say thank you to everyone who has taken the time to read my articles, not to mention shown me support. The support has been phenomenal. To start, the love on Facebook has been monumental.
Everyone who Liked the article– trust me, I notice. And I appreciate it. The shares are even more flattering– people who want to share my story with their friends? That’s a high compliment.

Aside from people reaching me on social media, those who rather use the old-fashioned way of approaching me in person has also been notable. Whether it be previously unknown people coming up to me at Movati, at local Buck and Does, or if it be friends whom I didn’t know read (or even could read) have made it known that they enjoyed the story. That is very satisfying.

I am grateful to be the one to advocate for others with brain injury, a sometimes hidden disability. Ironically, I have given some of them voices.

To be able to explain something as intricate as brain injury through my example is something I do not take lightly. I was given a second chance on life, so I feel dutiful in being the one to carry the substantial message of awareness. I don’t mind being a martyr for the greater good, especially since what’s done is done (the injury).

The band Lostprophets have a song that says: “Why (do) I try to find the strength in people who never thought about a different way of life?” I try because this is my life and because of this second chance I’ve been given. This is why I encourage second chances, for they allow for proving oneself as worthy. And all some people need is a chance…
In this case, I think I’ve proven diversity in a different sense is possible. Hopefully others see it too! 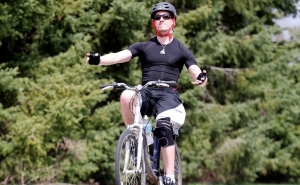 Writer Jesse Ferguson displays a skill doctors said he would never be able to do, ride a bike. – Photo by: Sean Allen

People have inquired to me about how this writing came about. Well, it’s been a process…
The intro in Part 1 is actually taken (and adapted) from a book that I’m writing. I repeat, the gripping intro is from my book that I’ve been writing. Yes, there’s a book in the works! So if you’re in the publishing business, I am looking to sign a lucrative deal (I say that with a smile although I’m not really kidding…).

Then, I took a class at Wilfrid Laurier in Brantford called “Journalism Project” taught by Rick Gamble, in which students are given a whole semester to comprise one giant story (3,000 words). I undertook the under-reported subject of brain injury for my topic.

The evaluators let me know that my story was worthy of sharing by awarding me an A+.
Eventually, I was given the e-mail address of Brant News managing editor John Zronik of Brant News. In due time, I told him about the story. He expressed interest in it, but 3,000 words was much too long for a standard newspaper. After reviewing it, John figured three logical breaks in the story where we could piece the story into four separate parts. That’s how my story became a reality…

Notably, people have asked me if the story was difficult to write, assuming it was. Regardless, the message and awareness is worth the hardship of my experiences.

I hope it was worth your time! Thanks for giving me your time.

Jesse’s stories (all four parts) can be found at www.bscene.ca/stories 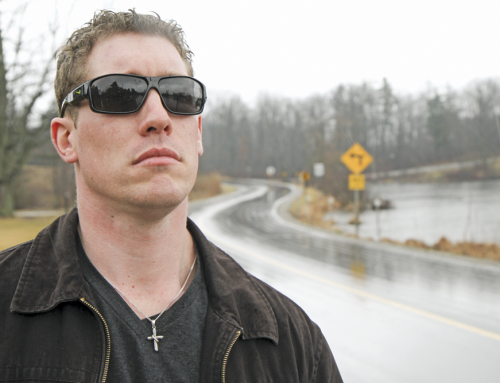