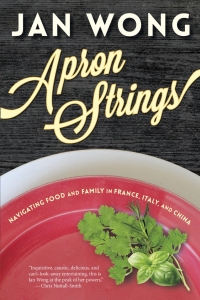 Jan Wong is a life-long foodie.

A connection to food and cooking goes back generations for the prize winning journalist. Her maternal grandmother ran a western style restaurant in Woodstock back in the 1930’s and her father opened five restaurants in Montreal, becoming a millionaire before turning 40. His biggest and best known was Montreal land mark Bill Wong’s and he created what was likely the first all-you-can-eat Chinese Buffet, which included roast beef.

Jan Wong studied and ate throughout most of China in the seventies and her son Sam, despite a degree in philosophy, chose cooking as a career path.

After reporting on a school shooting in Quebec in 2006, Wong was bombarded with hate mail. Her newspaper offered no support and she suffered a nervous break-down. After being ordered back to work, but unable to write, she was fired. She then took a job as a journalism professor, deciding to use a sabbatical to write a book, combining her love of food and a desire to spend time with Sam, before he left home for good.

“Apron Strings-Navigating food and family in France, Italy and China, is the entertaining and insightful result.

It includes recipes, some with tongue-in-cheek side notes. For example, in the recipe for “Bernadette’s chicken tajine with preserved lemons” she points out it, “serves four Canadians or eight French people.” Wong says that’s because people are very aware of portion size in France, where few are overweight and they eat together family style. 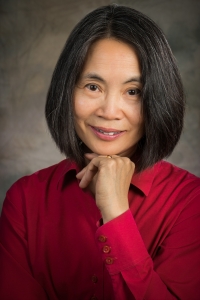 Rather than enrolling in cooking schools, Wong and her son managed to find families in each country that would billet them, while teaching them how to cook the region’s authentic cuisine.

In the Drôme region of France they stayed with a woman who had two disabled children, an ailing elderly mother, a husband and a couple of undocumented migrants. They also had a housekeeper who did much of the cooking, so that’s who they learned from.

“It was very interesting to see how generous and open they were and I just lucked out,” said Wong. She was also amazed at their rudimentary cooking equipment, which included dull knives, dinner forks and old battered pots and pans. “It’s not until you work in an ordinary person’s kitchen, that you really see how people in France cook,” she said.

In Italy, where countertops and cutting boards had traditionally been rare, cooks still cut “on the thumb with little paring knives,” she said.

The people they stayed with in Shanghai China, also left the cooking to the maids. There, unlike in France and Italy, families rarely ate together because they were too busy, with the men out earning money in China’s new wealthy economy.

Wong says the Chinese women they stayed with ate almost nothing to retain their slim physiques and subsequently their rich husbands, who had mistresses. French women are also slim, but Wong says it’s because the food is so delicious “you don’t need to keep stuffing your face with it.”

Wong was meantime, pleasantly surprised no one questioned a third-generation Chinese Canadian writing about food, in these three mono-cultural societies. She says that’s likely because as a journalist “you’re always a weirdo you know, you have no gender, you’re always just this weird person firing questions constantly at them.”

This year’s One Book One Brant event takes place Sunday, April 14th at 1:30 at the South Dumfries Community Centre at 7 Gaukel Drive in St. George. As always, the event is free to attend, but registration is required.

There will also be two Apron Strings tasting tours, on Saturday March 30th and Saturday April 6th. The tours, sampling flavours from China, France and Italy, last about two hours and the total walking distance is about 1.5 kilometers. They cost $40.00 per person and begin at the Cobblestone Common overlooking the Grand River and end at the Paris Library.

One Book One Brant launches Tuesday February 12th with registration at any Brant County Public Library branch, online, or by calling 519-442-2433.