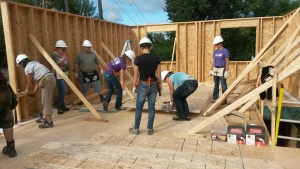 Need for Affordable Housing is Even Greater Today

Dan Brooks says in many ways, Habitat for Humanity Brant-Norfolk “looks no different than it did when it started 20 years ago, but in many ways it looks completely different.”

The organization’s CEO says in 1999 when they started with help from Community Resource Services, there were around 230 volunteers to help build their first home. Last year there were about 150 volunteers that helped that legacy continue.

What’s different now as the organization has grown is the number of professionals that have been brought on board. “But the mission is the same,” said Brooks. 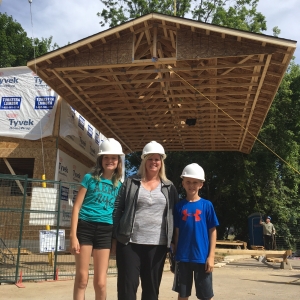 Interest free mortgages are taken out at market value for the homes and the buyers roll up their sleeves and help with the build. Brooks points out the term “sweat equity” is no longer used, “because the connotation is that there’s a cash value to it and there really isn’t.” There’s a commitment on the home owner’s part to complete 500 hours of volunteer work toward ownership.

There have been 22 actual homes built for families in the community, that couldn’t otherwise afford them. One of the families moved on and that home was resold to another. 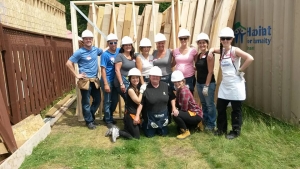 Brooks stresses the boards that have guided the organization over the years, have helped it grow and thrive and he says now they’re about to launch into a new era. “The next couple of years are really going to be exciting and explosive,” he said. Details are being kept under wraps for now, but will be made public soon.

Lynda Henriksen, Director of Fund Development and Communications, says there are many ways to get involved. And you don’t need experience, since training is offered through the construction committee program. 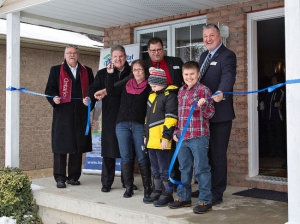 People are also needed on site to support the builders, by providing lunches and snacks. Groups from various businesses can also use the experience as a “team building” day or week.

Participants learn new skills, share knowledge and a sense of community. For example, Claire who has volunteered with Habitat Brant for 18 years works mostly customer service, but she’s also driven truck and acquired her forklift license. 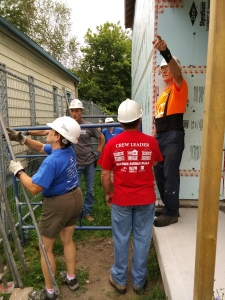 Habitat also has opportunities for students and in the “The Restore” which is the organization’s social enterprise. It sells new and used household items including; furniture, doors, windows, building materials and more.

Through the kitchen salvage program, they will help anyone installing a new kitchen; remove their old one for resale in “The Restore” to be repurposed. The program is said to have helped divert about 1.2 million pounds from area landfills last year and they’re now also accepting electronics for recycling. 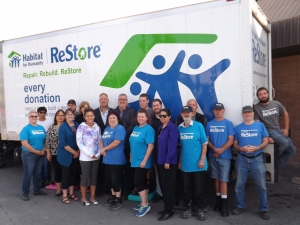 Tax receipts are offered for gifts in kind and every dollar people invest in Habitat is said to translate to four dollars of benefit to the community.

Special event fundraisers include, “Bands for Bricks” in the fall featuring musical groups and the Spring House Party, which takes place April 6th this year marking the twentieth anniversary. “Stone the Radio” and Pynx Productions will provide musical entertainment for the house party. Tickets are $40.00 each or $300.00 per table and it all happens at the Brantford Convention Centre on Market Street. There will also be a legacy lunch for volunteers and community partners before the party. 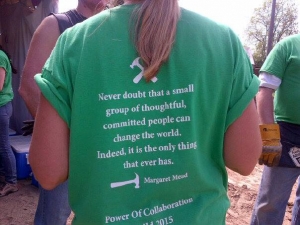 Brooks says meantime, judging by the number of people spending more than 30 percent on accommodation, the housing need has only grown over the years. He says there are more than 1500 people on the social housing waiting list and some are waiting between nine and 11 years for affordable homes. “That really speaks to the fact that we’re probably needed now in the community more than we ever have been,” he said.

Henriksen points out that families who take on Habitat homes become more financially stable. “When you spend less time worrying about making ends meet, you can spend more time making memories with family,” she said.

People are urged to sign up for their newsletter through www.habitatbn.org. It fills you in on upcoming twentieth anniversary events, including sales at the Restores on Morton Avenue in Brantford and on Park Road in Simcoe.

Congratulations and thank you for 20 #BRANTastic years of service in our community! – Jason Freeze