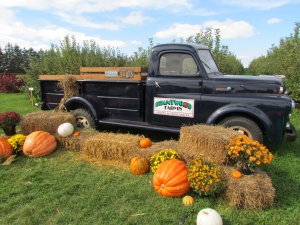 When Jim and Doreen Pate began selling fresh fruits and vegetables out of their Powerline Road garage back in the 1950’s, it’s likely they never envisioned the large farm/market operation it would become. Today, Brantwood Farms grows a variety of produce, but apples are their key crop and fall is peak time for “pick your own.”

They grow 17 varieties of apples. “Honey Crisp is the most popular by far, it’s absolutely our number one apple,” says family spokesperson Kara Pate. “It’s very sweet, very juicy, has really great flavour and a lot of people who don’t like any other variety, really enjoy the Honey Crisp,” she said. 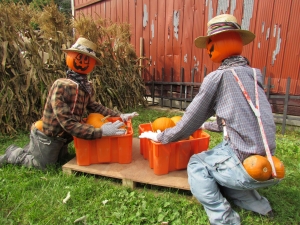 Next in popularity is the classic McIntosh, followed by Ambrosia, Courtland and Gala. Pate says depending on your preference, Courtland are best suited for baking, along with Crispin, Ida Red and Spys.

Apart from the “pick your own” stock, the apples for sale are kept in a big cooler, but Pate says they tend to be mostly sold by the end of November. “Definitely, quantity decreases and there won’t be nearly as many varieties, but we will have some to carry us through until the spring,” she says.

Ten people work in the Powerline Road store, on cash and baking, with another eight employees working the fields. Most of the employees at Brantwood are local. “We’ve always been very fortunate. We’re a farm close to the city, so finding help hasn’t been a big issue for us,” said Pate. In fact, after a change in boundaries, the farm at 251 Powerline Road is now technically within Brantford city limits. 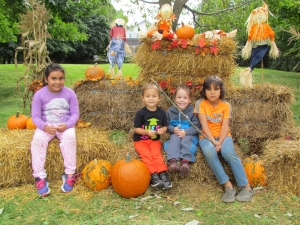 Following all the hard work of growing crops, tending orchards and selling produce all summer, come fall they step into even higher gear with their annual weekend festival. “It was started by my Dad (Tom) and it was really just a hayride when it started and a corn maze and we kind of built it up from there,” said Pate.

Each weekend from late September through to the end of October, including Thanksgiving Monday, Brantwood features; hayrides, a corn maze, pony rides, train rides, face painting and a straw castle. The pumpkin patch is also open for folks who want to pick their own big orange gourd. When the weather cooperates, up to a few thousand people will visit Brantwood over the course of a day. 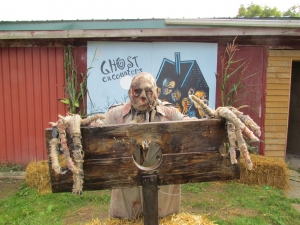 The last two Fridays and Saturday’s of October they work in conjunction with Participation Support Services, running the haunted hayride, haunted barn and this year, they’re adding a haunted corn maze. The fundraiser for Participation Support Services is run by volunteers, with Brantwood providing the wagons and tractors and actors are on hand, to add a little extra fear into everyone’s night. “It’s just a great opportunity for people to come out to the farm, enjoy some nice weather, get into the fall spirit and get ready for Halloween,” said Pate.

The store is open seven days a week starting in the May asparagus season, until Christmas Eve and then they go to a four day week. A lot of work is also done through the winter months, including pruning trees and getting the orchard ready for the next year. Brantwood also has a presence at the Brantford Farmer’s Market every Friday and Saturday, throughout the year. 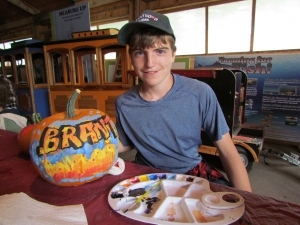 Kara Pate and her siblings are the fifth generation to farm in the Brant/Brantford area, with the family’s history in producing apples dating back to 1891. “We are a family business, proud to be so and we’re really fortunate to work in such a great industry and a great community,” she said.