Thanks to Frank and Nancy Difelice, music fans will again be able to enjoy live, quality music in a variety of genres, at the Brantford International Jazz Festival. 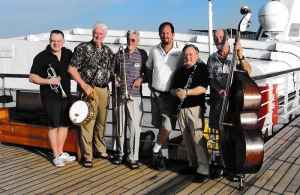 The music industry is in a state of flux,” says Frank, who along with wife Nancy acknowledge, opportunities to perform and hear live music have diminished over the past several years. That’s one of the reasons they spend countless hours lining up performers and sponsors to make the festival a reality each year.

This year they’ve landed a true classic. The Glenn Miller Orchestra performs over 300 dates a year and, one of them will be at Brantford’s Sanderson Centre, as the headliner for the 11th annual festival. Audiences will enjoy classic hits like, “In the Mood”, Chattanooga Choo Choo and Moonlight Serenade. 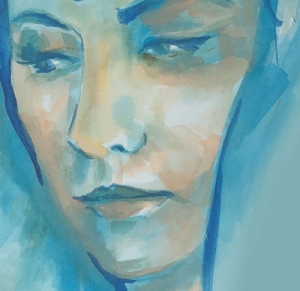 Glenn Miller disbanded his famous orchestra in 1942 in order to join the U.S. Army and entertain the troops with The Glenn Miller Army Air Force Band. Two years later, in December of 1944, the plane Miller was on, went down over the English Channel on a flight from London to Paris, never to be seen again. In 1956 his family, put the orchestra back together and that licensed Florida based band, is essentially the sound the Sanderson Centre audience will hear.

It’s the only ticketed performance of the festival, with the rest of the entertainment taking place free, on the Bell stage in Harmony Square and throughout the downtown. 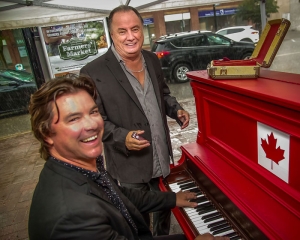 The Queen Street stage will feature a mix of local talent and regional bands, many which are new to the festival, in an effort to keep things fresh.

The festival has a huge international appeal, but the Difelices are mindful of who they can bring in, based on the budget. “We get 200 submissions a year asking to play the festival from all over, even Europe,” said Nancy.

It all kicks off on Friday, September 14th at 7 p.m. with the rhythm and blues stylings of The X-Statics, followed by the motown/soul/R&B/classic rock sounds of Powerhouse. 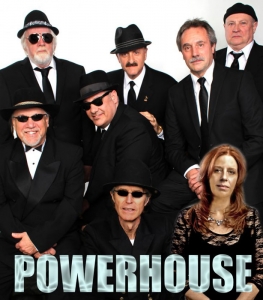 On Saturday, following the official noon hour opening ceremony in Harmony Square, audiences will be treated to the widely requested Dixieland sounds of The Climax Jazz Band. That’s followed by a new group on the roster this year, The Willows, a female trio often compared to the famed forties era Andrew Sisters.

Nancy says they’re also “very excited” to have the Hillario Duran quintet. Duran is responsible for the musical score for the film, “The Cuban” starring Lou Gossett Junior, which was recently shot in Brantford. 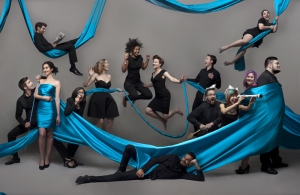 Saturday’s outdoor lineup wraps up with Tyler Yarema and Chuck Jackson. Yarema an award-winning piano player, singer and composer teams up with Jackson, the lead singer and harmonica player in the revered Downchild Blues band. 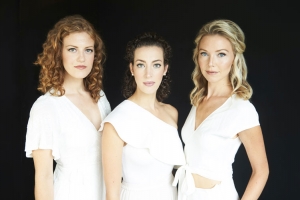 Sunday’s lineup starts at noon with the pure jazz stylings of Rob Fekete Quintet and Laura McNabb on vocals; a high energy acapella group called Countermeasure and The Tiki Collective, a large, seasoned ensemble group. To wrap things up, the wild, wacky jazz/funk group, The Shuffle Demons, is always a crowd favourite.

Along with the 11th Brantford International Jazz Festival, the Defelices will also mark 22 years of bringing live jazz music to the community, with their Brantford Downtown Concert Series.

It kicks off October 15th in the lobby of the Sanderson Centre with “Canada’s Sweetheart of Swing” Alex Pangman.

For more on the Brantford International Jazz Festival visit brantfordjazzfestival.com.