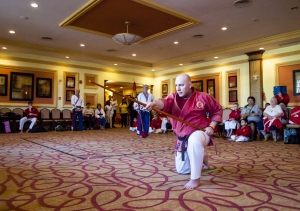 Suitcases were considerably heavier for the group from D&D United Martial Arts, as they headed home from January’s International Congress of Martial Arts Championships, held in Montego Bay, Jamaica.

That’s because the club cleaned up again as they do each year, this time with eight competitors bringing home 25 medals in the various martial arts disciplines. They won 12 bronze, four silver and nine gold. 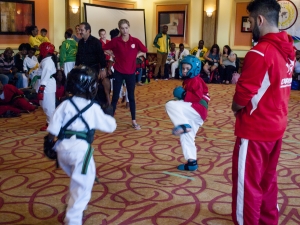 The main style of martial arts practiced and taught at D&D United Martial Arts is karate and unlike the Pan Am games or the Olympics, the ICOMA event combines all styles, including Taekwondo, Kung Fu and others.

Owner/instructor Bryon Davis says they “usually average two to three medals” for each of the clubs competitors. The modest Davis, who both judged and competed again this year, says he “did OK.” After competing in four divisions; traditional forms, traditional weapons, open weapons and synchronized forms, he took gold in each category. 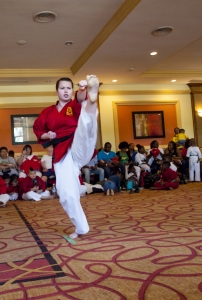 But Davis says his focus remains the young people he trains and mentors. He says it’s gratifying to see the same Brantford students that competed last year, improve with hard work. “I always tell my kids I don’t care if they come first or last, as long as they go out and do their best at all points and above all be sportsman-like about winning or losing,” he said.

The club advocates positivity as a blueprint for a successful life, as indicated in their mission statement. 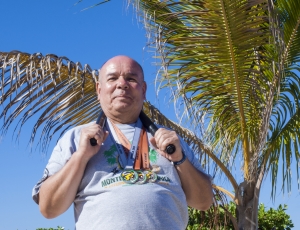 Davis’ 21- year old daughter Kelsey Cooper also competed and judged at ICOMA. She came away with gold, two silver and one bronze medal.

Kelsey whose main focus is karate has been involved in martial arts since she was five years old. She says the life style gives a person a different outlook on life. “I find that I’m probably a better person than before I started and I have a lot more respect for people,” she said. And she points out, the “family perspective” at D&D United Martial Arts helps nurture the younger students. Davis points out Kelsey and her cousin Amber “went from being the five, six and seven year olds, to the ones the five six and seven year olds aspire to be.”

Meantime, although she’s never been in a situation where she’s had to protect herself, Cooper admits she can handle herself very well. “I get a lot of the guys here telling me, they wouldn’t want to meet me in a dark alley,” she said. 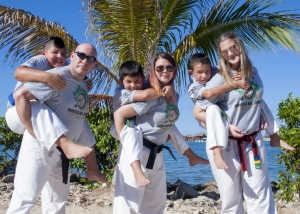 Winners at the 2019 ICOMA championship: