What was supposed to be the saviour of downtown Brantford and bring people flocking back to downtown was a total flop. Eaton Market Square Mall never ended up making downtown a shopping destination. The City was ever hopeful but the downtown buildings were old, tired and in decay, especially along Colborne Street. New residents and young people were scared to go downtown because it was so rundown. The City never committed to enforcing its property standards bylaws downtown believing that working with downtown property owners would produce better results; it did not. Most owners ignored the work orders filed against their properties knowing the City was not going to take them to court. Parking was also an issue. The City removed street parking spaces in the 1970s when they tried to beautify the downtown with wider sidewalks and trees and planters. Aggressive parking enforcement also drove patrons away.

The downtown continued to eat up City resources. Staff reports, consultant reports, citizen committees, and rehabilitation funding were all used to find a solution to get citizens to return downtown. The City could not get private sector investment committed to the core, and the downtown continued to deteriorate. Some common recommendations were a return to two-way streets and to focus on encouraging housing and employment. 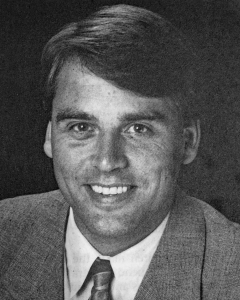 Brad Ward, MPP for Brantford. He served one term from 1990 until 1995. (photo from the archives at the Brantford Public Library)

In July 1990, the Liberal provincial government announced that the Ministry of Government Services would move its head office to downtown Brantford. 280 jobs would move to Brantford. The Liberal government of David Pearson started to move some ministry offices out of Toronto and into smaller cities in Ontario; the Ministry of Health moved to Kingston, the Ontario Lottery Corporation head office to Sault Ste. Marie, and the OSAP programme administration to Thunder Bay. The Constellation Hotel chain showed interest in building a hotel on the Patterson candy factory property but abandoned those plans in October of 1990. The City selected this site for the Ministry of Government Services building even though a downtown task force had recommended building on the south side of Colborne Street. In April 1993, the NDP government rescinded the plan to move the Ministry of Government Services to Brantford. The announcement even caught local NDP MPP Brad Ward by surprise. Finally, the Royal Bank of Canada purchased the property in 1996 and opened a financial services centre which consolidated three bank branches; Mount Pleasant Street, Brant Avenue and Bedford Street, and the downtown branch at Market and Dalhousie Streets; into one. The new RBC office opened in 1997.

The City received a $20 million compensation package from the provincial government because of the cancelled relocation. Some of the money was used to build the Brantford District Labour Centre on Icomm Drive and some was used to set up a research centre for the recycling of plastics. The research centre had trouble attracting companies to become involved and closed in 1995 before operations even began.

The Public Utilities Commission purchased the 18,000 square foot Canadian Order of Foresters building at Market and Wellington Streets for $834,000.

Empire Company, the owner of Sobey’s supermarkets, purchased the old Koehring-Waterous site, on Market Street South, in March-1994. Their plan was to build a 60,000 square foot Sobey’s store and plaza on the site. Sobey’s eventually built their store in West Brant and opened a Price Chopper at this site.

J.H. Young & Sons, jeweller, closed their downtown store in the Eaton Market Square on 30-July-1994. Young’s had been downtown since they opened in 1900. Their Lynden Park Mall store remained open.

The old Hurley Printing building at 179 Dalhousie Street, that operated at that location from 1912 to 1977, was demolished in July-1994. 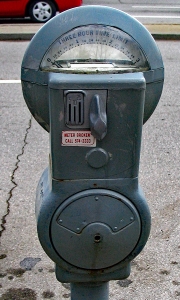 Parking meters were removed from the downtown in 1994 as part of a 14-month trial. They have never been reinstalled. (photo from Pinterest)

In December 1994, J.P. Baron, a Floridian financier, planned a $50 million redevelopment of the downtown. He claimed to be backed by Saudi investors. His development would be completed over a five to eight-year period and be based around a Roaring 20s theme. He backed out citing intense media scrutiny. It turned out that J.P. Baron, also known as Paul Plishewsky, was from Cambridge, Ontario, not Sarasota. He had for a short time an office in Kitchener. In 1996 he was charged with welfare fraud. 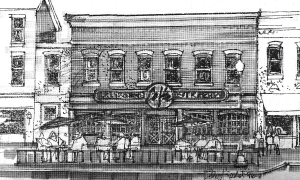 John Stam’s conception of a sidewalk café at 129 Colborne Street, formerly Arn Black’s and Annie’s. (photo from the archives at the Brantford Public Library)

In 1995, Waterford businessman John Stam proposed to restore a block of Colborne Street (115 to 141 Colborne Street) into a Native Heritage Arts area hosting craft and antiques stores, a tea room and a sidewalk café. Stam estimated it would cost $200,000 to purchase and renovate each of the 12 properties. His proposal attracted little interest.

The tenth anniversary of Eaton Market Square in 1996 was not a celebratory one. The mall’s occupancy rate was only seventy percent and Eaton’s future was uncertain. In 1997, Eaton’s filed for bankruptcy protection. The Brantford store was one of the first to close. The Shopper’s Drug Mart store seeing no future for the mall left shortly after. As the mall’s occupancy rate continued to decline, the mall closed its lower level in 1998. A federal study conducted at the time concluded that moving Mohawk College and the YM/YWCA to the mall location would be an economic boost for the downtown.

A proposal to build a $25 million YM/YWCA including apartments and condominiums on the south side of Colborne Street stalled when the YM/YWCA decided it wanted to build on its own, but rising costs put the project out of reach. 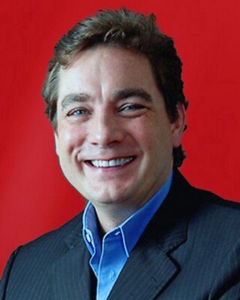 Operation Facelift was Mayor Friel’s idea to spruce up the downtown. Volunteers would donate materials and time to paint the worst looking buildings on Colborne Street. Only one building, Lawyer’s Hall, 76 Colborne Street, was completed when funding for the campaign ended.

Two call centres opened in the mall; F.C.A. International in 1998 and R.M.H. Teleservices Centre in 1999. R.M.H. employed 500 workers when it opened. By 2000, R.M.H. employed over 1,000 workers. Downtown traffic increased significantly with the opening of the call centres but retail store openings never materialised. 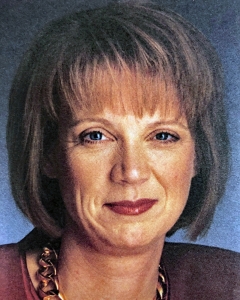 Jane Stewart, MP for Brant. First elected in 1993 and reelected in 1997 and 2000. (photo from the archives at the Brantford Public Library)

Derek Blackburn of the NDP had represented Brant in the House of Commons for 22 years when he resigned his seat in 1993. Jane Stewart of the Liberal party was elected to represent Brant in the subsequent election. Stewart won with 51 percent of the votes. Stewart won the next two elections in 1997 and 2000 with an even higher percentage of the votes. Stewart served as Minister of National Revenue from 1996 to 1997, Minister of Indian Affairs and Northern Development from 1997 to 1999, and Minister of Human Resources Development from 1999 to 2003. Stewart retired from politics on 13-February-2004. 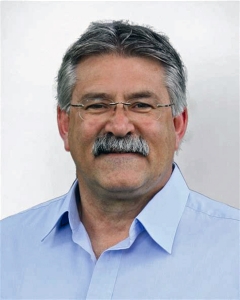 Dave Levac, MPP for Brant. Levac served from 1999 to 2018. He was the longest serving Speaker of the Legislative Assembly, from 2011 until 2018. (photo from the archives at the Brantford Public Library)

Former Brantford Mayor, David Neuman of the Liberal party, represented Brantford provincially until the 1990 provincial election when he was defeated by Brad Ward of the NDP in a surprising sweep to power for the Bob Rae led party. Ward was a parliamentary assistant to the Minister of Skills Development from 1990 to 1991, a parliamentary assistant to the Minister of Industry, Trade, and Technology from 1991 to 1993, and a Minister without Portfolio in the Ministry of Finance from 1993 to 1995. In May of 1993, the Ontario government cancelled their plan to move the computer and telecommunications division of the Ministry of Government Services from Toronto to Brantford. This Ministry was planning to build a building at the corner of Brant Avenue and Colborne Street, now the site of the RBC bank branch. In the 1995 provincial election, Ward was defeated by Progressive Conservative candidate Ron Johnson. Johnson was noted as having one of the worst attendance records in the Ontario legislature and as a result was dropped from all legislative committees in 1997. Not surprisingly, Johnson did not run for re-election in 1999. Dave Levac of the Liberal party won the 1999 election narrowly defeating Alayne Sokoloski of the Progressive Conservative party. Levac was a teacher and principal before he entered the legislature. Levac was named OECTA Distinguished Teacher in 1994 for this work in conflict resolutions programmes, and citizen of the year in 1997 by readers of the Brantford Expositor. 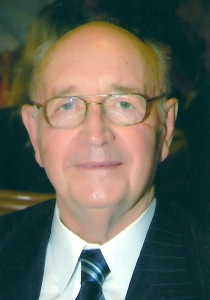 Bob Taylor served as Mayor from 1992 until 1994. (photo from the archives at the Brantford Public Library)

Municipally, Brantford entered the decade with Karen George as Mayor. George was defeated in the 1991 election by Bob Taylor. In 1994, Taylor was defeated by 27-year-old Chris Friel. Friel won re-election in 1997 and 2000. Friel is noted for declaring that Brantford had the worst downtown in Canada in a Toronto Star article published on 19-May-1994. The Star published a follow up article “Brantford fights back” on 8-Nov-1999. Friel was opposed to establishing a casino in Brantford. He felt a casino diverted money from the municipality to the province. The Brantford Charity Casino opened in November-1999. Friel worked to establish a campus of Wilfrid Laurier University, known colloquially as Laurier Brantford, in downtown Brantford. The campus opened in 1999. Friel wanted to begin merger discussions with Brant County in 1996, but the county was not interested and instead reorganised itself into a single municipality in 1999.

In 1995, after lengthy and intense discussions Brantford City Council replaced the use of the term Alderman with Councillor. Max Sherman retired from municipal politics in 1997 after 31 years of service.