Brantford was no longer a city in transition. Change was well underway. New suburban housing and commercial developments were being built, primarily in the north end. The downtown began its rapid decline as the commercial centre of the City; it would be supplanted by Lynden Park Mall and strip mall developments along King George Road. The manufacturing sector was humming along nicely; there were well paying jobs available for young men right out of high school. The optimism of the decade did not foresee economic events that would culminate in the 1980s that would forever change the City. 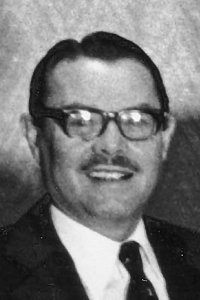 Richard Beckett was mayor between 1961 and 1970. He was followed by Howard Winter in 1971/1972; Winter’s third stint as mayor. Charles Bowen was mayor between 1973 and 1980. Mayors and Aldermen served two-year terms. The term Alderman was replaced by Councillor in 1999. 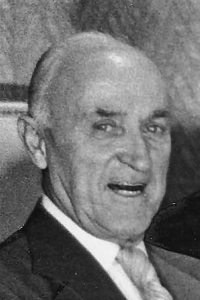 The NDP tried to introduce party politics in the 1970 municipal election by running a slate of candidates, in order to remove the clique they felt ran the City. All the NDP candidates were defeated.

Derek Blackburn was elected Member of Parliament in the 1971 Federal election representing the NDP. It was the third time he contested the riding. Blackburn served in the House of Commons for 22 consecutive years.

Provincially, Mac Makarchuk of the NDP represented Brantford between 1967 and 1971. Makarchuk was defeated by Richard Beckett, the former mayor, in the 1971 election. Makarchuk defeated Beckett in the 1975 election and won the 1977 election.

In 1970, a local group proposed opening another radio station in Brantford to break the CKPC monopoly. Surprisingly it was CKFH in Toronto that thwarted the bid because CKFH wanted to increase its power and the new Brantford station’s frequency would interfere with those plans. The CRTC sided with CKFH. CKFH is now known as CJCL, The Fan 590. 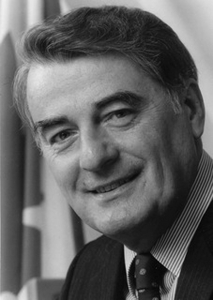 Derek Blackburn (1934 – 2017) was the New Democratic Party MP for the federal riding of Brant from 1971 to 1993. Born in Sault Ste. Marie and raised in Stratford, Blackburn was a teacher at Paris District High School before he became MP.

The St. Leonard’s Society established a half-way house for men released from jail in 1971. The house was located on Elgin Street. In 1979 the Society opened the St. Leonard’s Pallet Company to provide employment and job skills training for offenders and other employment-disadvantaged persons. 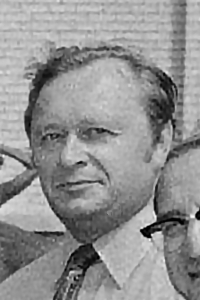 Mac Makarchuk (born 1931) was the New Democratic Party MPP for the riding of Brantford from 1967 to 1971 and from 1975 to 1981. Before he became MPP Makarchuk was a journalist for the Brantford Expositor. He was elected to City Council in 1972 and again in 1982. In 1959 Makarchuk offered to underwrite a national championship for Canadian university hockey but his offer was rejected by the eastern champion University of Toronto Varsity Blues. Ultimately the University Cup was established in 1963.

The services provided by St. Leonard’s has continued to expand. In 2002 the agency was renamed St. Leonard’s Community Services and the Pallet Company was closed.

The need for housing for seniors continued to grow. Lorne Towers in West Brant, a 159-unit high-rise opened in 1972. Brant Towers, adjacent to Lorne Towers, a 200-unit high-rise, opened in 1975. In 1972 an apartment hotel for seniors able to live independently, at the corner of Charlotte and Darling Streets, was approved by the City. This is the site of Charlotte Villa.

In 1973, the City was twinned with Osijek, Yugoslavia as part of the World Federalists Movement – Canada’s mundialisation programme, conceived to promote peace and order in the world. A number of visits and exchanges were held between the two cities but the initiative came to an end by the end of the decade due to rising tensions between Croatia and the Yugoslavian republic. 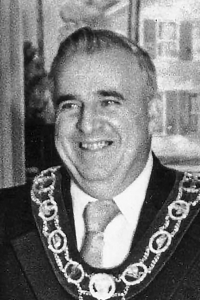 A flag committee was formed in 1974 to invite entries from the public for the creation of a City flag to mark the City’s centennial in 1977. Entries were received primarily from school children which was disappointing to the committee, who had hoped to engage all local citizens. The design selected was criticised and panned by the community. A new design was developed based on the Canadian flag in 1975. The revised design was formally dedicated on 15-March-1976.

In May 1974, an unexpected flood along the Grand River caused over $1 million dollars in damage in the City. Flood waters breached the dikes and flooded the water treatment plant damaging the pump generators resulting in the issuing of a boil water advisory for three days.

In 1974, Council approved plans to establish a City-run day care centre at Greenwood Park. The daycare centre, now known as the Beryl Angus Municipal Children’s Centre opened in 1976. City Council voted in May-2017 to close the daycare centre. It was the only municipally-run daycare in the County.

Rumours in 1975 that Council was preparing to remove the chip wagons from Market Square caused the formation of a Save Our Chip Wagons Committee and the circulation of a petition. Alas, the rumours were unfounded.

St. Paul Avenue Branch Library opened in 1975 to provide library services to the north end of the City and alleviate the overcrowded situation at the main branch downtown.

Library services were provided at the Carnegie Building downtown. This facility was inadequate to meet the needs of the citizens; it simply wasn’t big enough. In 1975, the St. Paul Avenue branch was opened to serve the north end of the City. In a 1979 report to Council, three alternatives to provide better library services were made: build a new library, expand the current library, or split services between two locations. A new main library would finally open in 1992.

Operation Lift, now called Brantford Lift, was established in 1976 to provide transportation for those experiencing physical difficulty to get around the city.

The intersection at Brant and St. Paul Avenues was reengineered to provide acoustic and tactile feedback for the blind, the first of its kind in North America. Audio alerts signalled when to cross the intersection and a concrete textured sidewalk with grooves for a cane were installed.

In 1977, City Council formed a Local Architectural Conservation Advisory Committee to identify heritage buildings in Brantford and prepare a list of buildings worthy of protection. This was in response to the demolition of the fire ravaged Hotel Kerby in 1976 despite protests from the cultural and heritage community.

In 1977, City Council introduced a by-law to regulate smoking in public places. Downtown merchants opposed the by-law for fear of losing customers to the suburban malls where they had space to create smoking areas. Council abandoned the initiative because of concerns over enforcement of the by-law.

Between 1972 and 1977 the local United Way campaign was the first in the country to achieve its fund-raising goal for five out of the six years.

In 1979, Council approved the closing of Grand River Avenue. This was done in conjunction with the rebuilding of the Lorne Bridge and the development of the Ring Road, now Icomm Drive. This closing forced traffic from North Ward and Holmedale onto Brant Avenue to access the downtown, West Brant, and Eagle Place.
Regional Government

Brantford’s future was dependent on growth and growth meant expanding the city. Brantford’s last major expansion occurred in 1955. Since that time two small pieces were added to the City; Northridge Golf Course in 1960 (136 acres), and the Cedarland Park area in 1966, bounded roughly by Memorial Drive, Dunsdon Street, Greenfield Road, and Ashgrove Avenue (193 acres).

City of Brantford Flag – First Draft. This design was selected by the flag committee but was criticised by flag experts and panned by the community.

Surrounding counties (Waterloo, Wentworth, Haldimand, and Norfolk) were adopting regional governments and there was pressure on Brant County to either join one of these new areas or remain independent. A 1973 report commissioned by the City recommended a one-tier system, the province recommended a two-tier single county with Brantford holding the majority of the votes. The County favoured a two-tier system that would include Haldimand County and most of Norfolk County. The Civic Administration Board called for the amalgamation of the City of Brantford with Brantford Township in 1973 and the Brant Area Local Government Review Committee recommended a one-tier or modified two-tier system. None of these recommendations gained any traction. Tension between the City and Township centred around commercial development in the Township that threatened the viability of the downtown. In 1974, the City annexed 1,487 acres from the Township. This area included Brantwood Park and Lynden Hills Estates. In 1978, the City sought to annex another 5,400 acres from the Township. Annexation talks continued into the early 1980s.

Brantford Expressway / Highway 403
The Brantford Expressway, first conceived in 1958, was to become Brantford’s Conestoga Expressway (Kitchener-Waterloo) or EC Row Expressway (Windsor), connecting West Brant to Highway 403. The first section of this road between Mount Pleasant Street and Ontario Street finally got underway in 1971. This road included a bridge over the Grand River. It was opened to traffic in 1972. The next section was supposed to be four-lane section between Ontario Street and Lynwood Drive. A citizen’s group was formed to oppose this section because they felt the route was ill-planned, costly, and environmentally unsound. The Six Nations objected to the route because it ran across the Glebe property behind Pauline Johnson Collegiate. In 1973, the province decided to reduce the road to a two-lane arterial road. As the debate raged on, this section did not get built; in fact, it’s still not built. By 1976 the roadway was called the Brantford Southern Access Road, commonly referred to as the BSAR. Today the portion between Powerline Road and Colborne Street is called the Wayne Gretzky Parkway and the portion between Erie Avenue and Colborne Street West is called the Veterans Memorial Parkway.

Highway 403 was still simply a bypass of the City. It was not connected at either end to another 400 series highway. Travellers still needed to use Highway 2 and 53 to travel east and Highway 2 or Highway 53 to travel west of town. Highway 2 and 53 east of the City was very busy. The completion of Highway 403 was vital to the economic development of the City. Highways had replaced the railways as the economic lifelines of cities and towns. Highway 403 was designated by the province as a top priority since 1968 but no extensions east or west were built during the 1970s. Note that the provincial representative for Brantford at Queen’s Park for seven years of the decade was not a nmember of the ruling government.