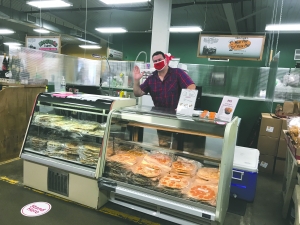 The Brantford Farmers’ Market has continued to operate through the pandemic, but not without some big adjustments. “We lost a few vendors to Covid-19 and we weren’t allowed to open up outdoors,” says market manager Bruce Jacobson.

Operating outdoor stalls presented a minefield of regulation hurdles, including having to fence off the area, which would mean losing parking, which had already been compromised to accommodate line-ups into the building. It also meant more security would have been needed, to ensure people were abiding by safety protocols. With no more than 50 people allowed in the building at a time and business down by about 50 per cent, Jacobson says hiring more security for the outside stalls wouldn’t be viable. 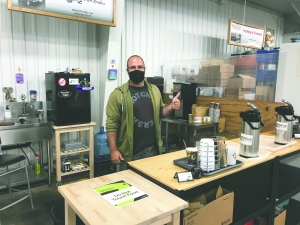 However, he is optimistic. “We will be back to a full house for October indoors and we have some exciting things happening.”

Some vendors are expanding to add more items in their product lines including cheese vendor Tipperary Bog, which will be offering more than just cheese. The market’s longtime honey vendor D&L Nature’s Best is going from a single stall to a double stall and expanding their product line to include more items, including vegetables. Meantime, Pies and Tarts from the Heart are moving to a larger corner stall. They’re also taking over an adjacent stall, which will become Catering by Chris, catering to small parties, and offering take home prepared meals, charcuterie boards and more. 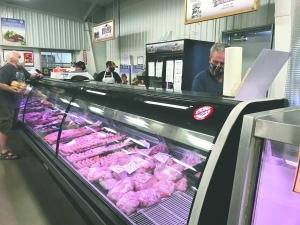 There are some new faces behind market counters as well. A new butcher, Townsend Butchers, will soon be taking over a market stall to replace the one that left.

And customers have adjusted by deciding on the best time for them to shop. “Our line-ups are almost non-existent and if we do have one, it disappears really quickly,” said Jacobson. He says the longest line-ups tend to be first thing in the morning, lasting around 10 to 15 minutes, about 5 minutes throughout the rest of the day and in some cases, there are no line-ups at all.

Jacobson says customers, who would normally shop and socialize at the market tell him they, “can’t wait to get back.” But many, especially seniors, are playing it safe for now.

Some vendors however, are serving those people through home delivery and Jacobson says he expects many will continue, “because it’s been such a good add on to their business.” 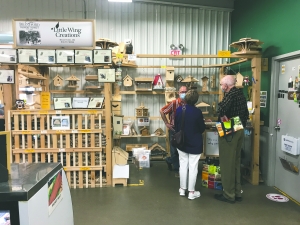 Market hours have also seen an adjustment. On Fridays they’re open from 9 a.m. until 2 p.m., rather than until 5 p.m. Jacobson says the two to five hours were slow anyway under normal circumstances. Saturday hours of 7 a.m. till 2p.m. remain unchanged.

All in all, Jacobson is confident the Brantford Farmers’ Market will be a bustling place again. He says more and more people are starting to come back and new customers are also visiting.

“I’m hoping Covid is under control by the spring and we’ll be opening up the outside market and we will be running full steam, inside and out.” 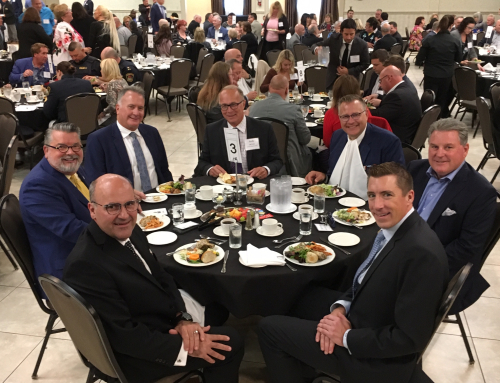