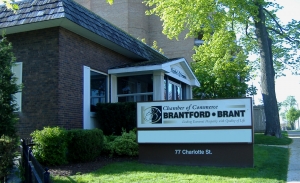 As business opportunities rapidly evaporated due to the Covid-19 pandemic, the jobless rate in the Brantford-Brant region soared from 4.7 per cent in February, to 11.3 per cent in May.

Brantford-Brant Chamber of Commerce CEO David Prang says, promoting local business is made tougher with a large portion of the population not working, but they’re doing everything they can to turn that around. Businesses owners needing assistance with government financial programs have been finding it with the chamber’s help. 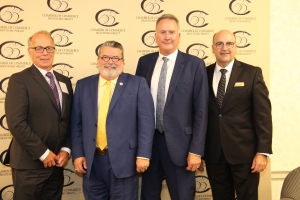 Chamber president Paul McCaig says, they support both county and city businesses by making them aware “in an easy to use way” what’s available through the various levels of government. “One of the roles of the chamber going into re-starting and relaunching, is promoting opportunities like the virtual job fair, networking with businesses and working with economic development departments in both Brantford and Brant,” said McCaig.

They’ve also reached out through their weekly electronic newsletter and social media avenues. And the chamber gathers feedback from its members in Brantford, Brant, Six Nations and New Credit, which is then taken back to government agencies. 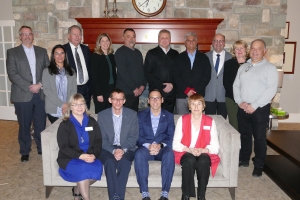 Prang says there’s a strong advocacy component involving the local chamber and the Ontario Chamber of Commerce; to help iron out concerns that business owners may have. “With some of the initial programs that came out, we heard business owners say ‘that’s not going to work for me,’ so that collective voice of businesses is taken back to government by the chamber,” he said.

Prang says that’s how programs are improved and it’s how some of them were created in the first place. And the call for urgency was met. “Because businesses said ‘we need help now’ and government created these programs in a way that would normally take months and years, they brought them together in a matter of days in some cases,” he said.

And Prang says they “put the chamber’s money where our mouth is” through a promotional opportunity with Brant One over the first four weeks of the pandemic. Members of the Paris and District Chamber of Commerce and the Chamber of Commerce Brantford-Brant had the opportunity to appear on the online channel and speak about how they were handling the pandemic at that time. Those that retooled their operations to manufacture personal protective equipment were among those highlighted. 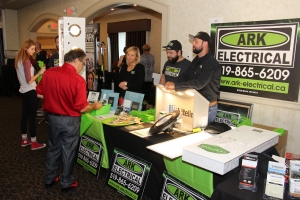 Prang says feedback has been positive and since major events have had to go virtual, the chamber is looking at partnering with Brant One to live-stream their business excellence awards. The event was postponed in May and will now take place August 27th. Atomic Spark will handle video production for each of the honorees.

A chamber podcast was also launched with Avery Kloss of Shopbrantford.com. “Podcasting has come back pretty intensely over the past few years and it’s something that I hadn’t thought about pre-covid at any length, but it’s a way of supporting Shopbrantford.com and getting our message out there for businesses,” said Prang.

He says one of their projects over the summer will be continuing to increase “visual identity.”

Going forward, Prang believes the next 18 months will bring an “interesting challenge,” but he also believes society will adapt to technological changes. “Some of those traditional jobs and traditional ways of working are going to change quite heavily, “he said. 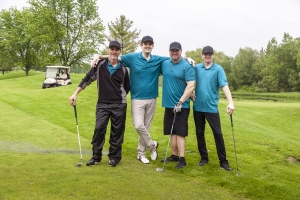 Although he admits the restaurant, hospitality and tourism industry have taken an especially big hit, the economy measured through the stock market “is really not hurting that bad.”

And Prang says all the advantages the local economy had prior to covid are still there. He points to a great quality of life in Brantford and Brant County, which are close to the GTHA and the border and although there’s not enough housing, it’s relatively affordable in comparison to other areas in Ontario.

Prang says Brantford came out of the tough economic times of the eighties with optimism and a university, and now is the time to focus on boosting skilled trades and looking at doing things differently. The chamber works closely with local post-secondary education facilities.

“I still have optimism that there is going to be the opportunity to grow and build strong business and continue to be a good member of the business community in Brantford-Brant,” says Prang.