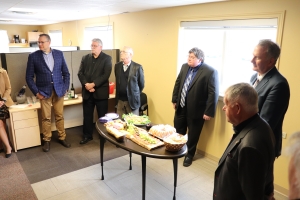 With the change in name from Community Chest to Brant United Way, there was an increasing emphasis on workplace giving. This was a good thing. This direction increased the success of the annual campaign and allowed for more funding for local charities.

“Workplace campaigns are so important, but there still needs to be a way to connect with people who may not work somewhere with a campaign,” said Paul Williamson, a long-time volunteer with Brant United Way. “When we really thought about it, we realized the answer had been here all along. Rather than trying to reinvent ourselves, we are going to return to our roots and relaunch the Community Chest brand.” 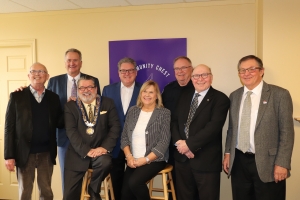 The Community Chest will not replace the Brant United Way brand, but work in partnership with it. Brant United Way will continue to be the name under which all our workplace campaigns and community events are held.

“When you are fortunate enough to have something work this well, you do everything you can to keep it going. We will continue to work with our workplace partners and show our appreciation for all they do for this community,” said Dan Rankin, executive director for Brant United Way. “However, it is also important to build relationships outside of workplace campaigns and connect with new people who might not otherwise learn about the campaign.” 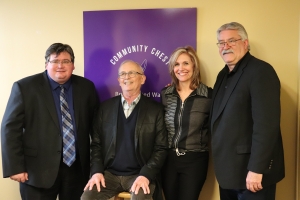 The Community Chest brand was officially re-launched on Friday April 26, 2019 at a ceremony held at Brant United Way’s office on Morrell Street. Present at the re-launch were many local business owners, prominent community leaders and elected officials, all of whom have provided support, direction and guidance to Brant United Way over the years.

This was the largest gathering of former Campaign Cabinet Chairs, representing the leadership of over twelve (12) annual campaigns, which in turn raised $10 million dollars to support local charities.

“Brant United Way has always been fortunate to receive the support of truly dedicated and committed volunteers, advocates and supporters,” said Rankin. “Having so many of these valued community members join us today was inspirational.”

“This announcement is an invitation to others to join us and share the same sense of community ownership that people felt back in the Community Chest day,” said Williamson. “Let’s all come together to celebrate this new ‘old’ direction.”