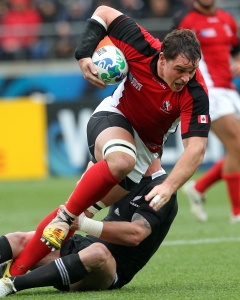 Canada’s No8 Aaron Carpenter runs with the ball during the 2011 Rugby World Cup pool A match New Zealand vs Canada at the Wellington Regional Stadium in Wellington on October 2, 2011. AFP PHOTO / Marty Melville (Photo credit should read Marty Melville/AFP/Getty Images)

The Brantford and Area Sports Hall of Recognition proudly recognizes hometown athletes and sport builders who have achieved the highest standards of excellence in their chosen sport and whose contributions have been exemplary and significant. 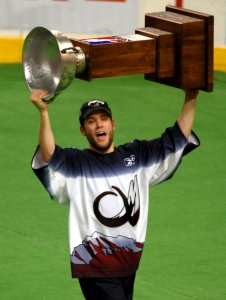 Through features such as Inductee artifact and memorabilia displays, Honour Wall of Recognition, Interactive Inductee touch screen zone, Trivia Game and Broadcast Booth, the Sports Hall, located inside the Wayne Gretzky Sports Centre, is able to share these achievements with our community for generations to come. View more about the nostalgia of the Sports Hall.

We invite you to join us as we celebrate and honour these great athletes and builders.